Using 100% RNG in vehicles can reduce GHG emissions by more than 80%.

1,400 landfills have no LFG collection facilities.

We are pioneering profitable CO2 sequestration and low-cost green hydrogen. We can reduce development costs by 40%, achieve 50% reduction to the standard construction timeline, and have better performance and manufacturing approach deployment.

RNG is a high-BTU, pipeline quality biomethane that is derived from organic waste materials. It is processed to be fully interchangeable with fossil-based natural gas and is delivered through the existing or mobile pipeline infrastructure. RNG provides a sustainable and reliable source of energy to organizations seeking to decarbonize their business and achieve their carbon emission goals.

Landfills can convert existing equipment into environmentally-friendly assets with no change in infrastructure. RNG is produced 24/7, meets pipeline quality specifications, and is an identical drop-in replacement for geologic natural gas.

Organizations that work with us own the RNG. We help them displace any current use of geologic natural gas, or sell the RNG as either a valuable renewable feedstock or into the variable markets. An investment in RNG with Archaea gives you options for the life of the contract.

RNG is a low-carbon replacement for any natural gas application.

Transportation Fuel   The demand for low-carbon transportation continues to rise. In 2019, RNG displaced 39% of compressed natural gas (CNG) vehicle fuel used in the US, equal to 277 million gallons of gasoline.2 Selling RNG as transportation fuel enables you to participate in federal and state incentive programs such as the U.S. Renewable Fuel Standard (RFS) or California’s Low Carbon Fuel Standard (LCFS).
2US Department of Energy

Renewable Hydrogen   RNG can be used to produce renewable hydrogen either as a feedstock to a steam methane reformer (SMR), or by generating electricity to power an electrolyzer.

Renewable Petrochemical Feedstocks   As a feedstock for fertilizer, ammonia is the largest and most important chemical produced today. As a feedstock for ammonia, RNG has the potential to drastically reduce the greenhouse gas emissions of the agriculture industry.

Archaea's founders are “new generation” landfill owners based in Pittsburgh, PA. We see landfills as long-term energy resources. Harnessing these resources requires the right partner. Our commitment is to maximize the value of your landfill.

Project Management   Our team members have been involved with over 30+ biogas projects and are experts at technology selection and integration, wellfield management, and waste optimization.

Compliance   We aim to exceed the standard of compliance with regulations focused on health, safety, the environment, and quality.

CH4 and CO2 are vented to the atmosphere. CH4 is 25x more destructive than CO2 as a greenhouse gas.

Landfill with gas collection and flare

CH4 and CO2 are captured and flared. CH4 is converted to CO2, which is less destructive to the atmosphere, but still results in harmful greenhouse gas emissions. This approach captures up to 80% of the CH4, but it is not used beneficially.

CH4 and CO2 are captured and processed. CH4 is upgraded into a pipeline-quality product that displaces fossil fuels. Depending on project feasibility, CO2 is captured and sequestered, further reducing overall emissions. This approach captures and beneficially uses over 90% of the CH4.

Wellfield optimization   Archaea's founders optimized their own wellfield to increase gas flow by 30% and improving gas quality. We carefully analyze each wellfield to see where the most impactful improvements can be made and what is needed to help empower your team.

Uptime is money   A safe, compliant and reliable operation maximizes uptime and the value of your landfill. Archaea's operations and technology experts have worked in demanding manufacturing environments and understand the importance of maintaining uptime.

Advanced Technology   When you work with Archaea you are working with experts who have developed most of the RNG processing technology used today. We stand apart in our understanding of RNG. 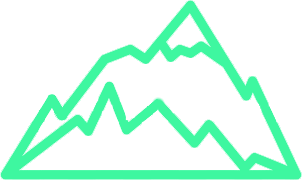 Archaea was founded to bring a better RNG solution to landfill owners. If your existing site has failed to live up to its potential, or you are not satisfied with the options other RNG developers have given you we can help. We have the foremost technology and operations experts. If you aren't achieving the performance you want, contact us. If RNG is not feasible at your site due to any number of factors, Archaea's alternative solutions may enable you to unlock the renewable value of your landfill.

Flexible contract terms   We understand that every situation is different. Archaea can structure a long-term agreement that gives you the flexibility you need throughout our partnership.

We are a reliable and growth-oriented source of RNG that helps utility companies meet the rising demand and mandated volume.

Close Proximity   Archaea is developing RNG projects nationwide and continues to grow aggressively. We have projects throughout the country. RNG development has a positive local impact on the environment and benefits local communities.

Optimal Flexibility   For those without preference for or access to a local project, a nationwide network enables Archaea to deliver RNG from multiple sources. Geographic flexibility provides more options for RNG sourcing, as well as the potential for future cost savings.